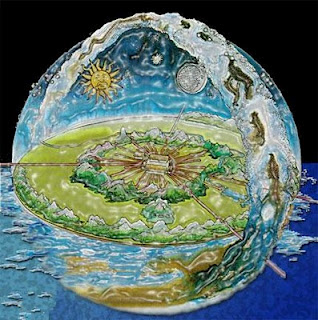 I stumbled across the concept of the brahmic egg, aka. The universe, according to the Puranas.

The egg/universe, floats in the infinite cosmic ocean beyond space-time among a myriad of other universes.

The brahmic egg consist of many multilayered interdimensional planes. The earth plane alone, the bhu-mandala, is vast and hard to wrap your head around.

The bhu-mandala is divided into concentric islands and oceans. The earth lives in the inner most island. Above and below there are layers of heavenly and underworld planes, full with living beings of all types, all bound by the suffering of existence.

Liberation is to escape the egg, by realizing that beyond the vastness of existence there’s still something that permeates everything and that something exists within us. We have never been bounded, our true nature is free.

We can continue living and dying and coming back according to our karma, or we can become enlightened and chill in the ocean of nothingness.

The good news is that eventually the whole egg will be devoured by Kali as an act of benevolence and all of us will merge into this painless non-existence. Enlightened or not. But that womt happen for another 400 billion years… maybe that’s enough time to figure out where the heck are we at?